Devine Ready To Rumble In The Hills Of Donegal 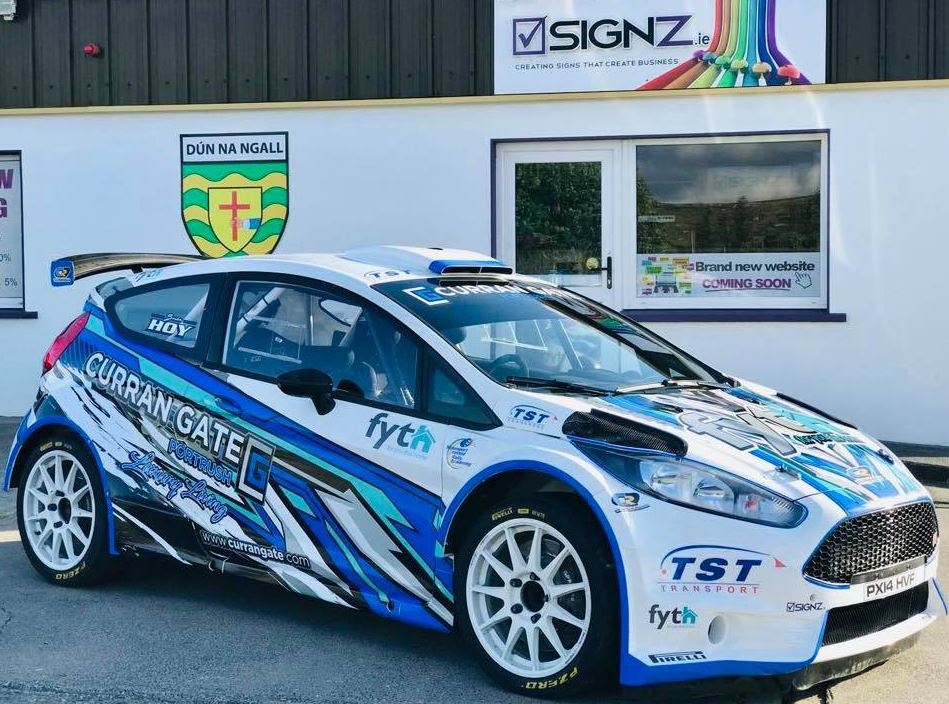 19 Jun Devine Ready To Rumble In The Hills Of Donegal

With a string of impressive results under his belt already this season, Callum Devine renews his Irish Tarmac Rally Championship campaign this weekend as he faces into arguably the toughest challenge in Irish rallying, the Joule Donegal International Rally. 25 year old Devine has shown impressive speed and consistency in his 2019 outings to date as he continues to adapt to R5 power. In fact, it was on the 2018 Donegal International Rally that Devine made his tarmac debut in an R5 car. While some of their championship rivals have elected not to use their R5 cars this weekend in the hope a switch to WRC power might net them the overall win, Callum and co-driver Brian Hoy are very much sticking to their plan and hoping they can take home maximum championship points. Ahead of the biggest rally of the year, Callum’s Curran Gate/FYTH Ford Fiesta R5 has also been given a striking new look by local signwriting company, Signz!

Currently 4th in the ITRC standings, 2 drivers ahead of Callum in the championship race, Craig Breen and Desi Henry, will both be unable to score points in Donegal as they will use World Rally Cars. Many would see Alastair Fisher, 2nd in the championship, and reigning champion Josh Moffett as Callum’s main rivals in the R5 category in Donegal although the Derry driver sees it slightly differently. Speaking ahead of the event he said; “Alastair and Josh have huge experience in Donegal and I’ll be doing my best to stay with them. I grew into the rally last year and increased my pace over the weekend but with points at stake this time I’ll really have to go as fast as possible from the start. Manus Kelly has had really back luck this season and I think he’ll be out to prove a point this weekend on home ground and Meirion Evans has shown flashes of speed too. I’d like to think I could be in the mix at the front of the R5 battle this weekend; I really need to be if I want to keep in the race for 2nd in the championship.”

This year’s Joule Donegal International Rally gets underway on Friday morning with the traditional ceremonial start in the centre of Letterkenny followed by 6 stages in the Buncrana/Manorcunningham area with the crews returning to Letterkenny around 5pm. Saturday is the big day in Donegal, with 8 stages on the agenda totalling just over 120 competitive kilometres including the fabled Glen and Knockalla tests. Sunday will see 6 more stages, including the return of the well-known Port Lake stage which will close out the rally and the top crews will return to the Mount Errigal Hotel to spray the champagne at 6pm that evening. Former Motorsport Ireland Young Rally Driver of the Year Callum, has targeted Friday’s stages in particular saying; “They haven’t been run in quite a number of years so they will be more of a level playing field. Most people know the lay of the land on Saturday and Sunday bar a few tweaks so any advantage gained on Friday could stand to you for the rest of the weekend.”

Giving his final thoughts ahead of the rally, Callum remained hopeful of his chances; “The level of competition in the Irish Tarmac Championship this year has been really high and with a few of the usual suspects not able to score points this weekend, it’s a great opportunity. But a lot can happen over 3 days. I’ll do as I always do and just try and enjoy my driving and I’m sure the times will come. It’s going to be one of the most high profile Donegal rallies in years with Craig Breen and Ken Block competing so if I can feature in any way, I’ll be delighted.”