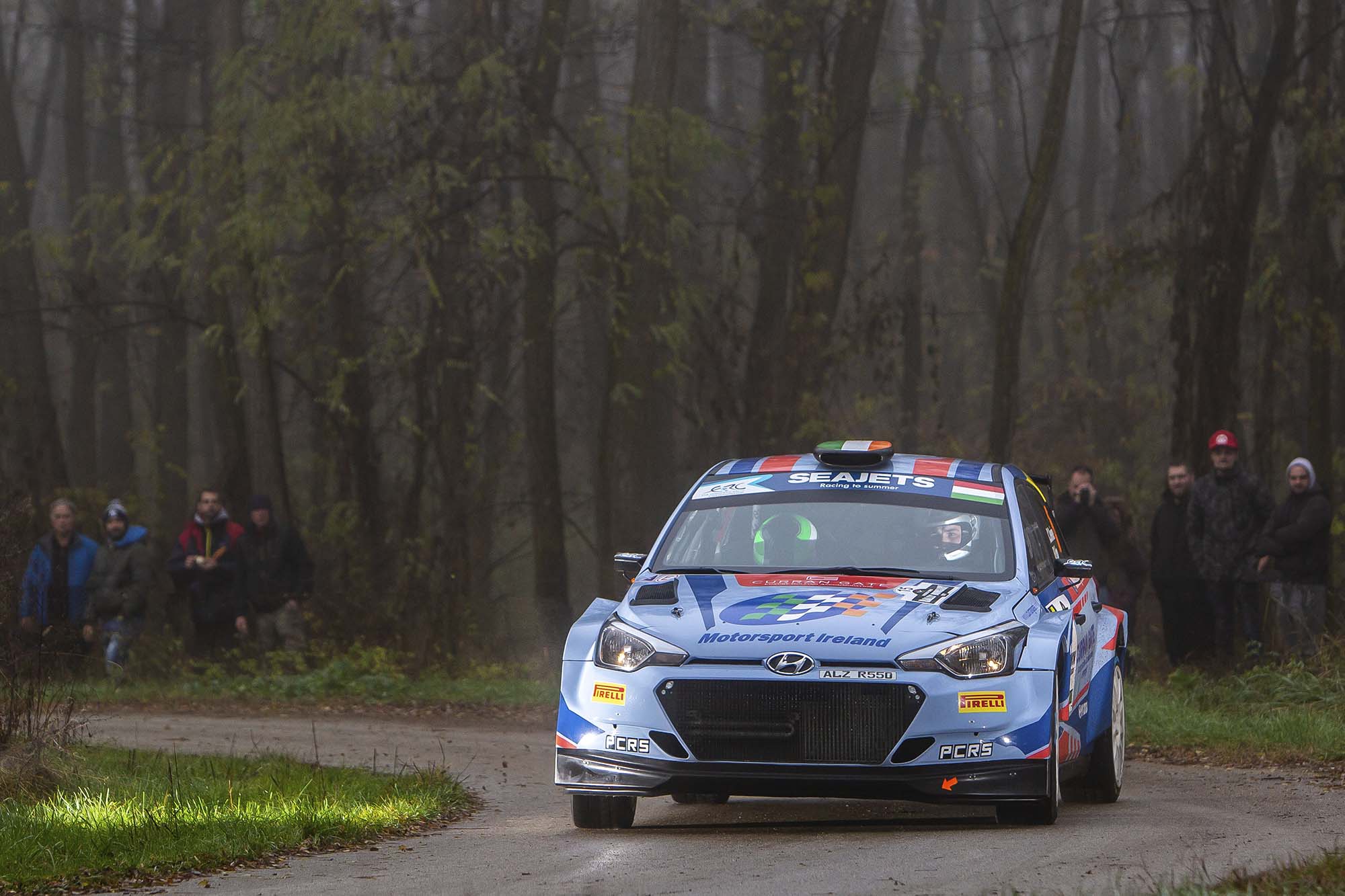 Posted at 12:33h in Uncategorized by Sean Hassett 0 Comments
0 Likes

Newly crowned Irish International Driver of the Year Callum Devine was pleased to announce details of his 2020 season today (January 9th) at the Autosport International Show in Birmingham. Callum and co-driver Brian Hoy will compete in all rounds of the European Rally Championship in a Hyundai i20 R5, with the pair focusing primarily on the first six rounds of the series which count towards the ERC1 Junior title, while also taking in the last two rounds in the hope of overall ERC points.

Devine enjoyed a breakthrough year in 2019, setting scorching times in the hugely competitive Irish Tarmac Rally Championship while also claiming the FIA Celtic Trophy. His season was capped off with a podium finish in Rally Hungary, the final round of the 2019 ERC and it’s that performance that has encouraged the Derry driver to undertake a full ERC campaign in 2020. Speaking at today’s launch at the Motorsport Ireland stand and the NEC Devine said; “Hungary opened our eyes last year, it was a strange kind of event but to set competitive times at that level in a new car, in horrendous conditions made us realise we can mix it at this level. I’m under no illusions about how tough this year will be, but everything is coming together at the right time to give this a go. The realistic aim will be to push on the tarmac events and keep learning on the gravel events and above all, get finishes. Points win prizes and if last year’s ERC showed us anything, it showed us that. I’m hugely thankful to everyone who’s working so hard to make this happen for us and I’m really looking forward to the season ahead. It will also be nice to continue developing alongside Hyundai, I know Hyundai Customer Racing is putting a big effort into their R5 car and its programs which is great, hopefully, we can take advantage of that too.”

This year’s ERC will consist of eight events from March to November made up of four rallies on gravel and four on tarmac with the ERC1 Junior title bringing with it a substantial prize pot.
The 2020 ERC calendar is as follows:

Callum and Brian’s 2020 season will be supported by FYTH, Curran Gate, The Motorsport Ireland Rally Academy and Hyundai Customer Racing.