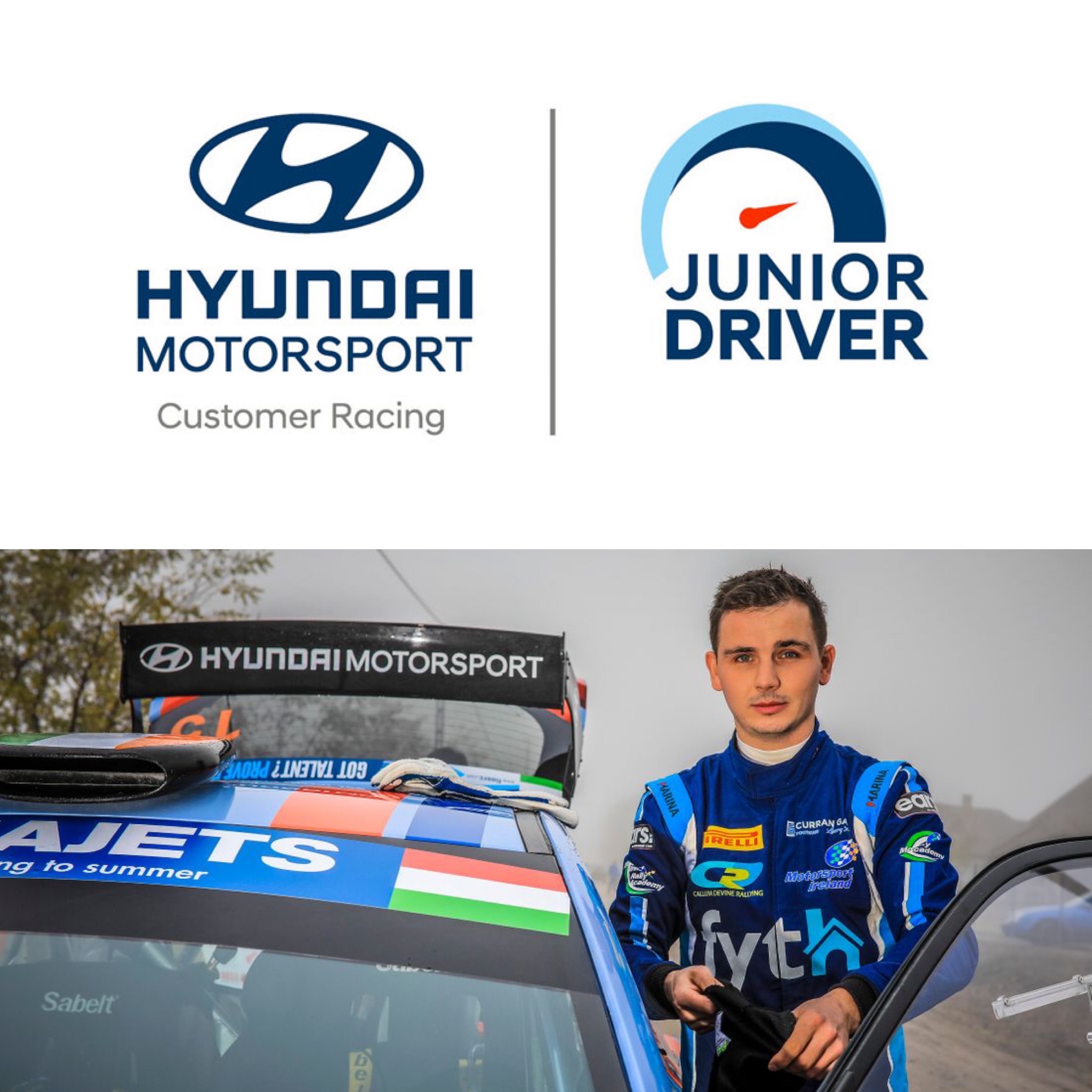 Hyundai Motorsport will be expanding their Customer Racing Junior Driver program in 2020 with the addition of rally drivers for the first time. Irish International Driver of the Year, Callum Devine, will be one of five drivers who have been selected based on their previous results, as well as the ability to work with engineers and their professional approach to rallying.

Hyundai Motorsport Team Principal Andrea Adamo said: “The Customer Racing Junior Driver initiative proved highly successful last year in circuit racing, so it was only natural to expand the program into rallying for 2020. We have five incredibly talented young guys, who have already shown pace in their careers. The group is a good mix of those who already have experience with R5 cars, and those who are relatively new to the category. The five drivers we have selected will be able to learn from each other, as much as from our engineers. With the support afforded by the Junior Driver program, and the new performance upgrades included in the i20 R5 ’20, I am sure they will be able to continue their excellent progress towards the pinnacle of the sport in the World Rally Championship.”
Callum, a former Billy Coleman Award winner and a member of the Motorsport Ireland Rally Academy, claimed an impressive podium finish on his debut in a Hyundai on Rally Hungary last year, the final round of the European Rally Championship. Spurred on by that performance, Devine aims to compete in the fill European Rally Championship in 2020 in a Hyundai i20 R5 run by PCRS.

Speaking on this morning’s announcement Callum said: “This is an amazing opportunity and will certainly help with our European Championship ambitions. It’s also great recognition of the Billy Coleman Award and the MI Rally Academy. To have even been considered for inclusion is amazing but to have been one of the five chosen is a real honour. I’m really looking forward to it.”

Callum, who is 25, will be joined by French driver Pierre-Louis Loubet, Norwegian driver Ole-Christian Veiby, Russian driver Nikolay Gryazin and Grégoire Munster from Luxembourg. All drivers will be able to take advantage of support from our Customer Racing engineers, aimed at developing their driving throughout the season. They will have the mentoring of our experienced WRC crews, and the opportunity for extra training to help them further their motorsport careers.