Devine Ready To Leap In Liepāja 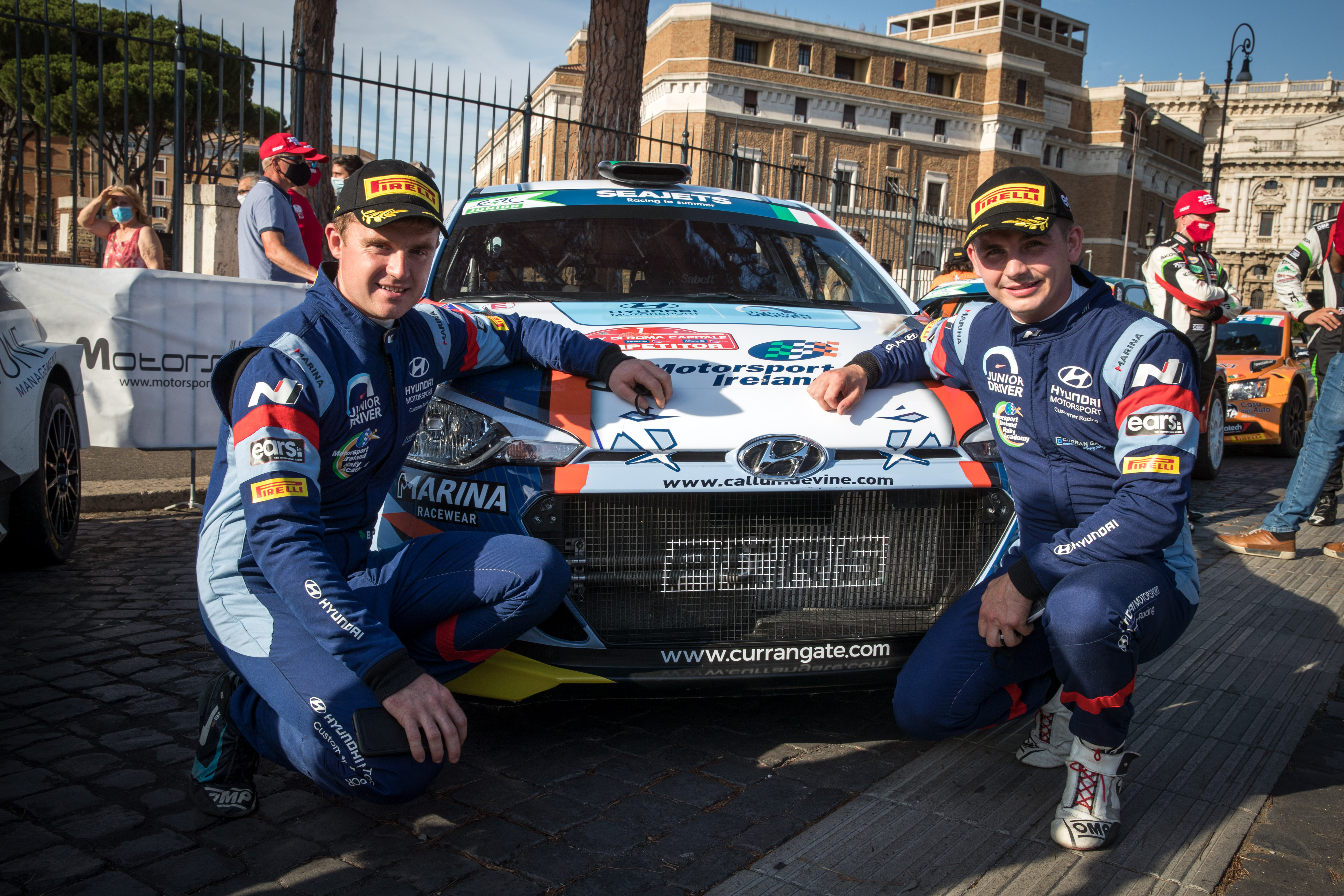 After disappointment on the opening round in Italy, Callum Devine will aim to get his 2020 FIA European Rally Championship campaign back on track this weekend on Rally Liepāja. The Latvian event is the first loose surface event of the ERC season and despite fluctuating travel restrictions around Europe, the event has attracted a strong entry and Devine will start the event at number 12 in the Motorsport Ireland Rally Academy entered Hyundai i20 R5.

Despite limited loose surface experience in the 4 wheel drive Hyundai, Devine and co-driver Brian Hoy are looking forward to seeing what they can do in Latvia. “Obviously Italy was a disappointment but thankfully the car has been repaired. I need to put that behind me now”, said Devine. “I’ve only had a little bit of loose surface experience with the Hyundai so at the moment my preparation has been about watching onboards but we have the official test ahead of the event which will be a help. It’s going to be a bit of a challenge but we knew from the start of the year this would be the toughest event, just because it’s something we are not used to. Myself and Brian both did Finland a few years ago as part of the Junior World Rally Championship and it wouldn’t be too dissimilar, but that was in an R2 car, an R5 car is so much faster! From what I’ve seen the rally looks really good and the stages look nice but it’s a place where you wouldn’t want to get it wrong because it’s so high speed. A lot of the guys will be quite used to it having done it before and if you are not on it from the beginning, you can get left behind very quickly. But we have to start somewhere, that’s how we are looking at it this year. I also have to remember that I need points on the board.”

Devine’s involvement with the Motorsport Ireland Rally Academy and Hyundai’s Customer Racing Junior Driver programs also saw him take in Rally di Alba recently. “It was great to get out straight after the disappointment of Rome and especially on such a star studded event. It was also interesting to run with a new team for that weekend which was a great experience and I’m very thankful to Hyundai Motorsport Customer Racing for setting it up. ”

Callum and Brian will be partnered in Latvia by 2 other all Irish crews in Hyundai’s. Craig Breen and Paul Nagle will tackle the event as they continue their development of MRF tyres while Cathan McCourt and James Fulton will join Callum is the PCRS camp. “When you’re abroad, it’s nice to have a few competitors from home around too, it helps you relax a little”, said Callum.

Rally Liepāja will begin on Friday Aug 14th with pre-event practice and shakedown before the event properly gets underway on Saturday which will see Callum and Brian tackle 4 stages before a further 6 stages on Sunday conclude the event. The competitive mileage of the event will come in at just over 180km.