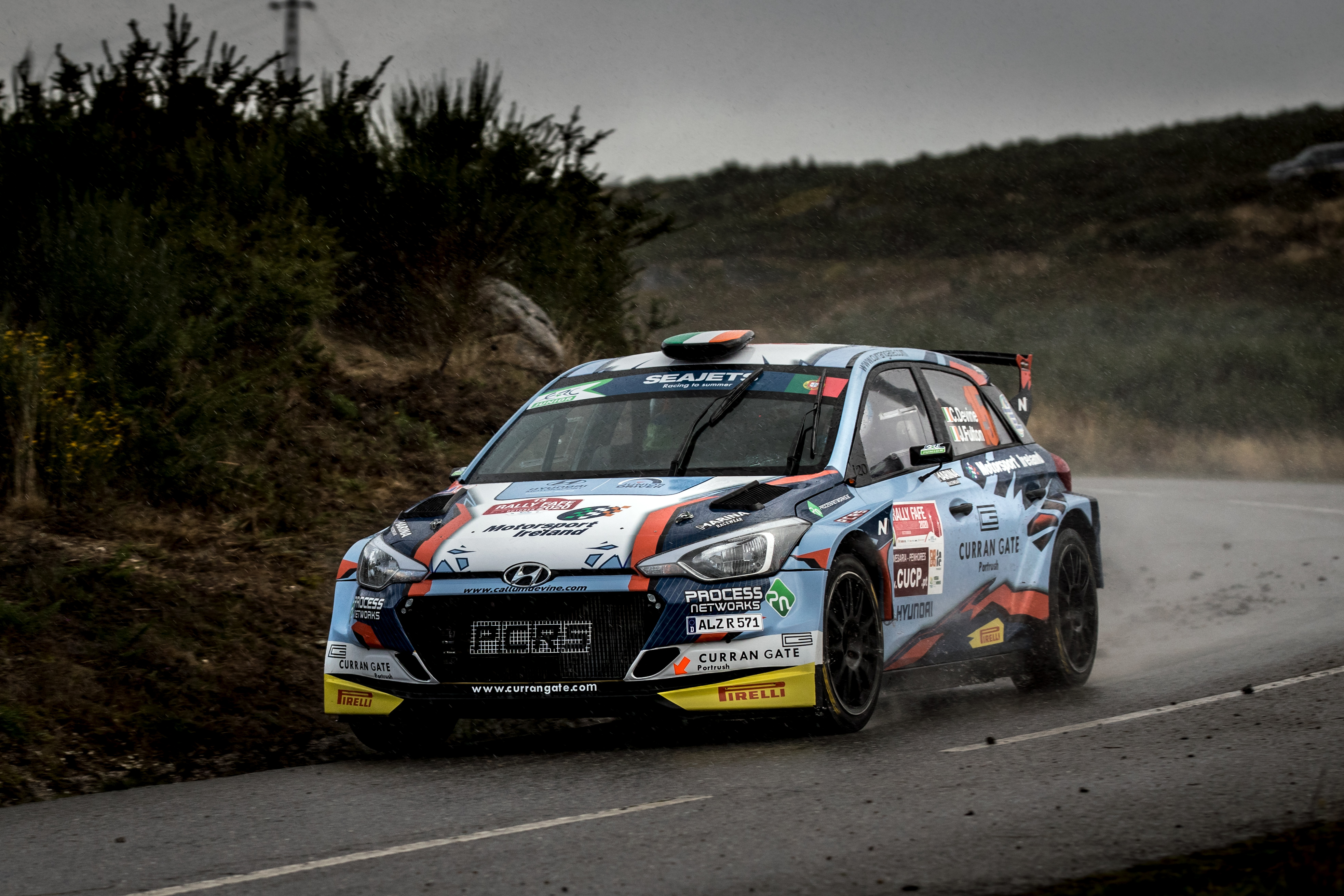 The 18 stage event held in northern Portugal was only added to the championship at short notice meaning almost none of the regular ERC competitors had prior experience of the event, yet despite this, Devine enjoyed his high speed visit to the region. “It was a good rally for us” said Devine after the event. “The pre event test allowed us to adjust settings on the car and also allowed myself and James to get used to each other as it was our first rally together. The event itself was exceptionally tricky. From rallying in Ireland, you get used to changing weather conditions, but I’ve never seen weather as unpredictable as I saw in Portugal at the weekend! Through no fault of our own, we ended up on the wrong tyres for 80% of the rally. On almost every loop, the weather changed. It could be raining in service, dry in the stage, and when you reached the stop car it could be raining again. It was pot luck if you got your tyres correct but that was the same for everyone. When we found ourselves on the correct rubber, we were setting top five times which was very encouraging. It’s the first time I’ve had full back to back competitive days in the car since Hungary last year and the finish and points were exactly what myself and the team needed.”

Devine and Fulton were joined by two other all Irish Hyundai mounted crews in Portugal with Craig Breen and Paul Nagle finishing 18th and Pauric Duffy and Jeff Case finishing 22nd. Indeed, Duffy and Case were also run by the PCRS team who looked after Callum’s car on the event. “It was great to have a few other Irish guys in the team” said Devine. “Things like that help you to relax, especially on unfamiliar events. As usual, the PCRS team did a great job all weekend, our only issue was a broken wire on a fuel pump which they repaired in a high pressure service. And that’s before you get to all the lengths they went to even get the car ready for this rally following my accident in Latvia. I’m delighted I was able to repay their efforts, everyone’s efforts, with a finish.”

Devine now sets his sights on the next round of the series, Rally Hungary, which is scheduled to take place on the 6/7/8 of November. It’s an event Devine has good memories from as he claimed 3rd overall there on a sensational debut at this level last year and it’s one he is looking forward to again. “It’ll be the only event I’ve done at this level for a second time, so that will definitely be a help. Obviously we’ll have to take any future travel restrictions into account but at the moment we are fully committed to Hungary, it would be great to build on our momentum for our finish in Portugal.” To keep up to date with Callum between events make sure to follow him on Facebook, Twitter and Instagram