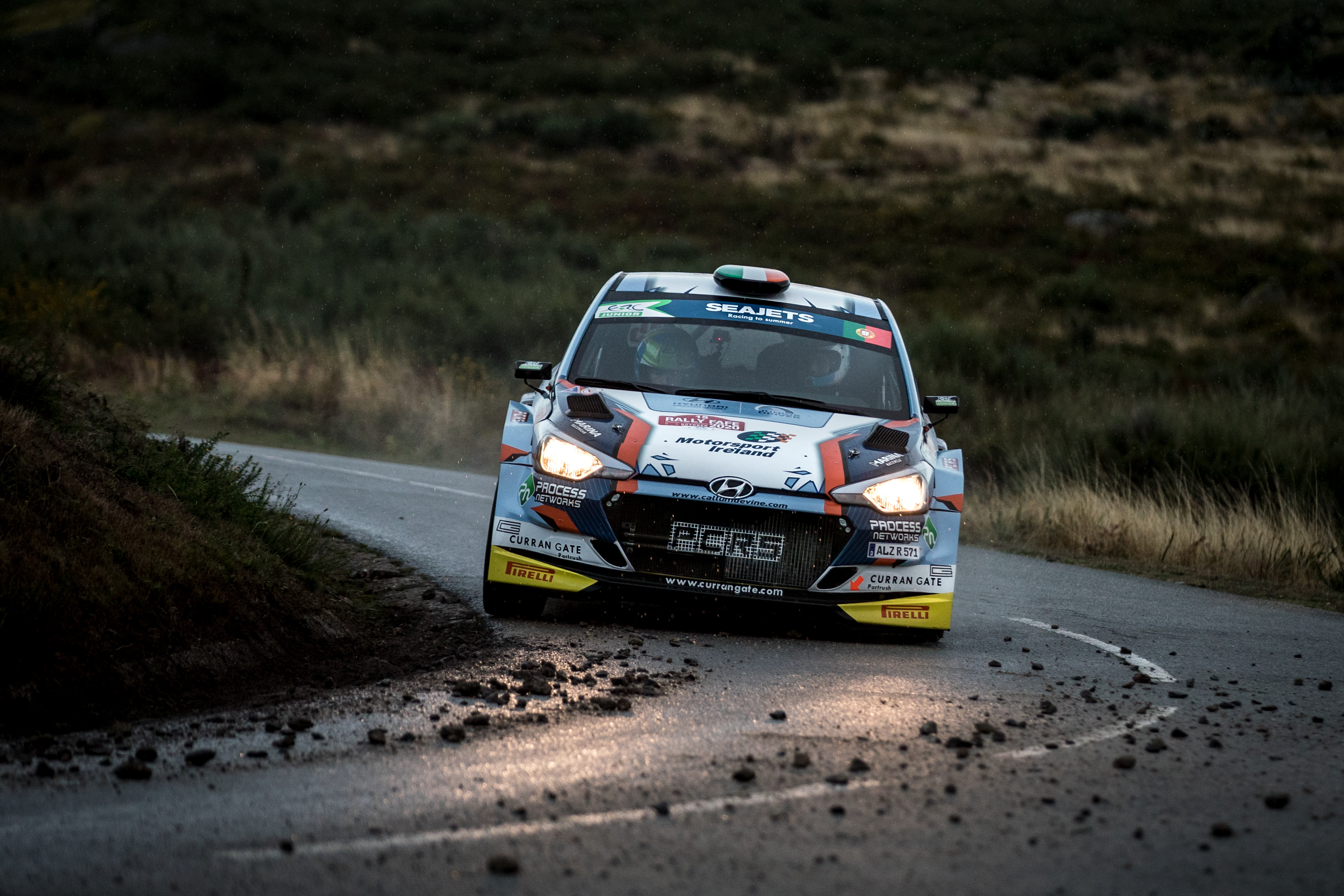 Callum Devine will lead a two car team on next week’s Rally Hungary as he continues his FIA European Rally Championship campaign. Devine will be joined by fellow Derry driver Josh McErlean, the current holder of the coveted Billy Coleman Award, with the pair driving identical Hyundai i20 R5s entered by the Motorsport Ireland Rally Academy.

Last year’s running of Rally Hungary saw Devine take a sensational podium finish on his Hyundai debut and he is hopeful of recapturing that form as he prepares to return to the Nyíregyháza based event. “Last year exceeded all expectations” said Devine. “I’m looking forward to returning to Hungary as it will be the first event at this level I will have tackled twice and as I’m finding out this year, experience counts for a lot. I was happy with our performance in Portugal last time out and the points it brought which was good for both myself and the team. Having Josh in the team for Hungary is great too, it’s a fantastic chance for him and we’ll both be doing our best to deliver a good result for the Academy. Currently, even getting to these events is quite an ordeal with Covid-19 tests and travel restrictions and quarantine on return so I’m hugely grateful for all the support we’re getting from everyone, the Academy, Philip Case Rallysport and Hyundai Motorsport Customer Racing especially, to make participating in these events possible.”

Mandatory quarantine upon return to Ireland from Hungary will once again rule out Callum’s usual co-driver Brian Hoy due to work commitments so James Fulton will yet again deputise in the passenger seat. Commenting on the event Devine said; “It’s a broadly similar route to last year which means I’ll be able to refine my pacenotes on sections that I have driven previously. Hungary last year was my first event in the Hyundai and I have a much better idea of how the car works now. Driving a car you’re familiar with certainly helps when making your pacenotes because you can visualise things clearer. It’s a shame Brian will once again have to sit this event out but James did a great job in Portugal and I know he’ll do the same again here.”

Rally Hungary is based in the city of Nyíregyháza and is scheduled to take place on the 6th-8th of November. Both Devine and McErlean will complete a pre-event test in Hungary on Wednesday the 4th before the competitive action begins on Friday night with a head to head super special stage at the Rabócsiring race track. Eight stages await on Saturday with a further seven stages following on Sunday giving a total of just over 190 competitive kilometres. To keep up to date with Callum during Rally Hungary, make sure to follow him on Facebook, Twitter and Instagram.