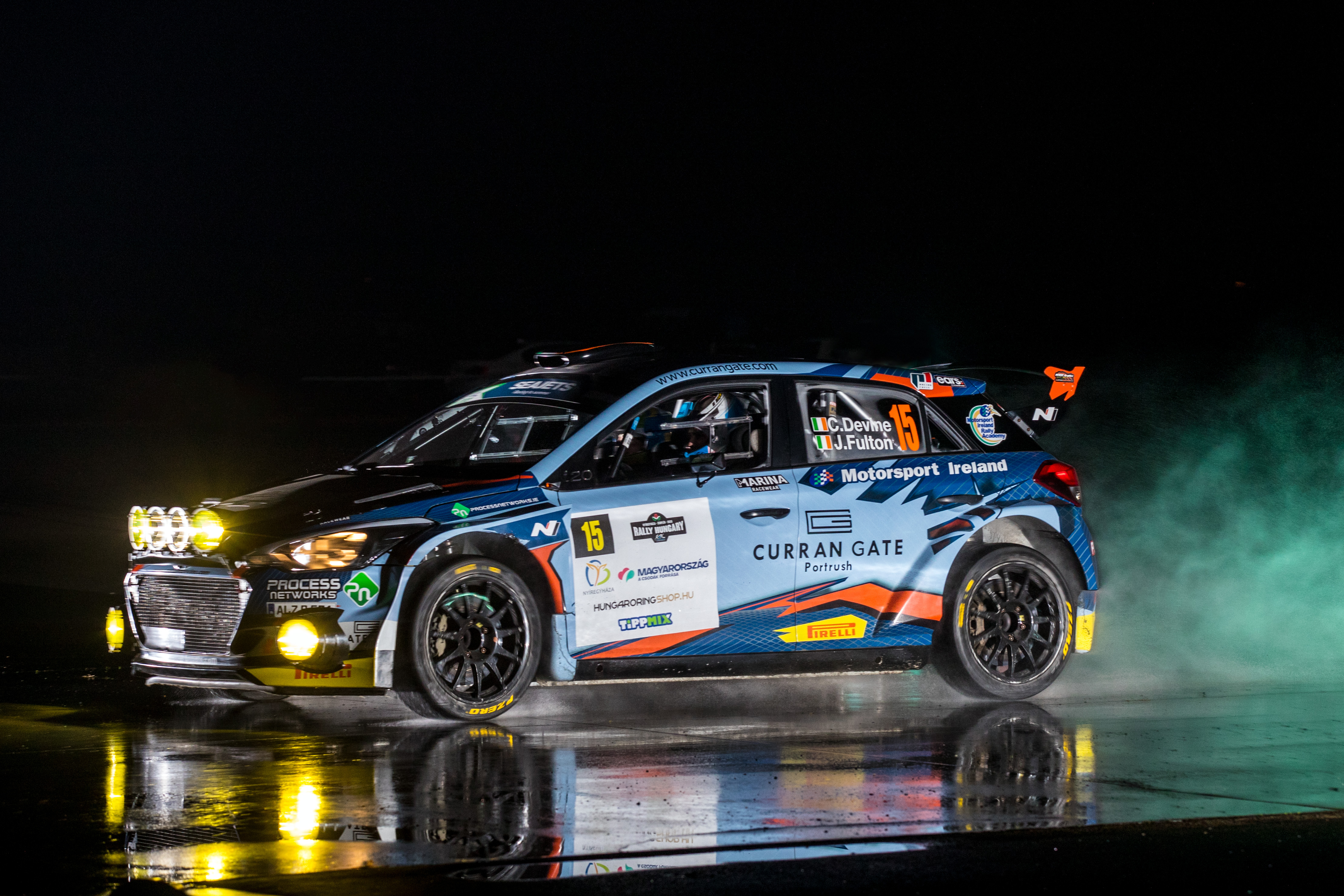 Speaking after the event Devine stressed the point that his previous experience of the event was a major help. “It was the first ERC event I’ve done twice and that took an element of the unknown away that has been there with other events this season” said Devine. “It sounds a very simple thing, but staying out of trouble in Hungary will always mean you have a chance, it’s such a difficult event. Last year’s Rally Hungary was extremely wet. This year it was much drier but that meant a lot of the mud on the road wasn’t washed away, it just kept get compacted into the road and that actually made it more slippery than last year. We had eventful opening day with a puncture and a short visit to a field on the night stage but our times were competitive and we were able to refine the set up of the Hyundai i20 R5 as the day progressed.”

On the second day of the event, Devine and co-driver James Fulton punched in a second fastest time on the eleventh stage of the event and spent much of the day locked in a battle with experienced ERC competitor and former works Opel driver, Marijan Griebel. “It’s always good to be trading seconds with someone like Marijan” Callum continued. “To overhaul him and take seventh place at the finish was a good feeling.” Devine was also full of praise for his Motorsport Ireland Rally Academy team mate Josh McErlean who tackled the event in an identical Hyundai i20 R5. “He did a really good job” said Callum. “This was a big step up for him and he drove a very sensible rally, it was good to share a bit of knowledge and experience with him too and having a two car team there really proved the strong relationship between the Academy and Hyundai Motorsport Customer Racing. It took a lot of effort to get the cars there and I’m very thankful to everyone who worked to make it happen.”

Next on the agenda for Callum is the penultimate round of the championship, Rally Islas Canarias which will take place on the final weekend of this month. An all tarmac event, it’s an event Devine is targeting for a good result. “I’m sure Canarias will pull a strong entry and the locals are very quick there but tarmac is my preferred surface and it looks like an event that will suit my driving style.”