Devine Aiming To Finish Season With A Flourish 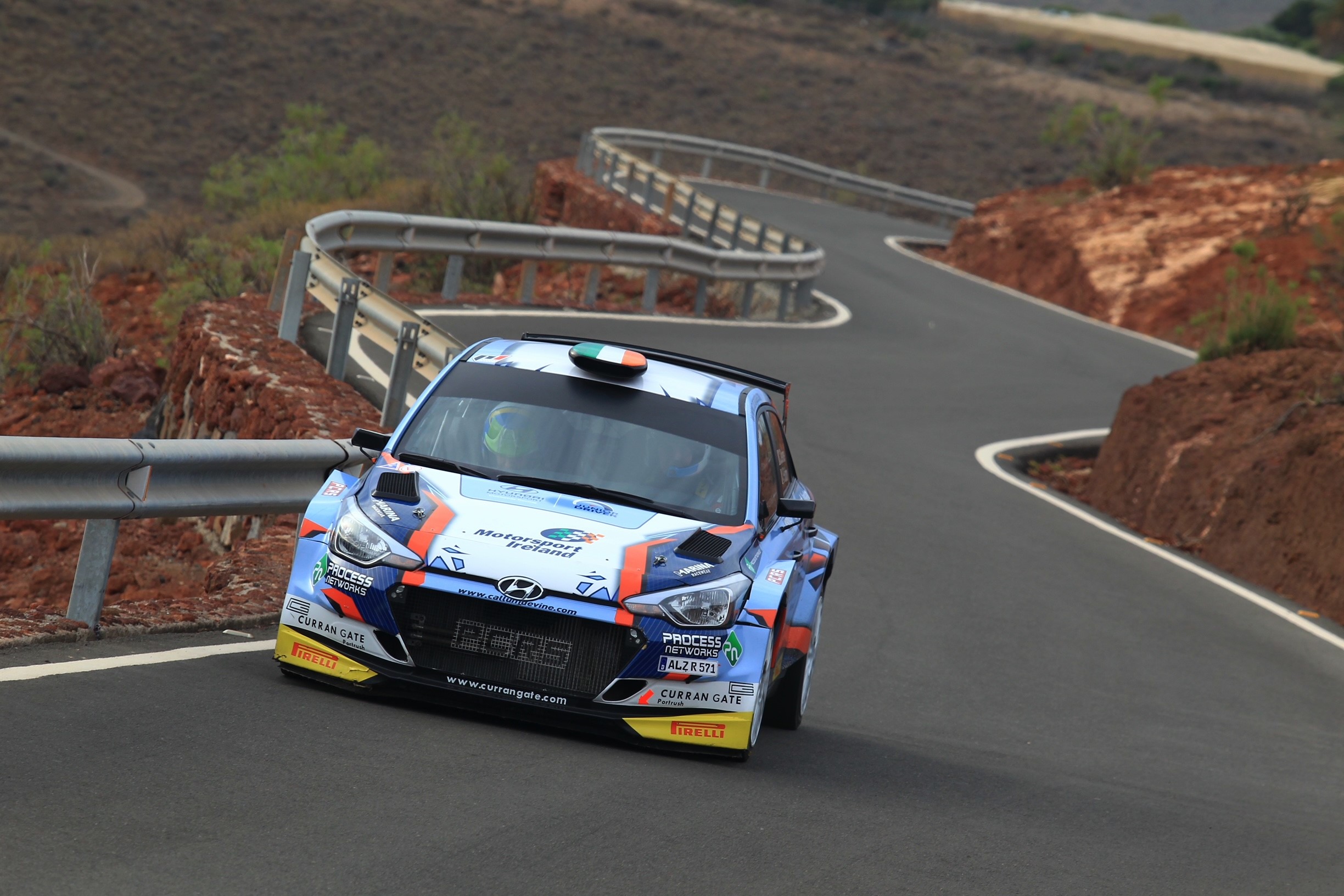 25 Nov Devine Aiming To Finish Season With A Flourish

Reigning Motorsport Ireland International Driver of the Year Callum Devine is aiming to finish his FIA European Rally Championship (ERC) campaign with a flourish on the final round of the series this weekend, Rally Islas Canarias. The event was originally meant to be the penultimate rally of the season but with the Spa Rally in Belgium recently cancelled, the popular rally based on the island of Gran Canaria will now play host to the season finale.

It will once again be a new event to Callum and his co-driver James Fulton but the pair head to the rally on the back of a good performance on the previous round in Hungary and know that the same is possible here. Speaking ahead of the event Callum said; “It’s been a challenging year but we are definitely progressing and finding our feet at this level. I’m gelling with the Hyundai i20 R5 all the time and we have a few set up changes planned for Rally Islas Canarias. It’s no secret I enjoy tarmac events and I’ll certainly be looking to prove a few things to myself this week. The key at this level is consistency and that’s something I need to keep working on. There will be a lot of quick guys on this event including a few local specialists which is great to see because you want to be proving yourself against the best. We’ll try to finish the year off on a high by getting to the end of the rally and to get more experience for next year.”

For the second event in a row, Devine be joined by fellow Motorsport Ireland Rally Academy driver Josh McErlean while the PCRS team will run a third Hyundai i20 R5 for Pauric Duffy and Jeff Case. There’s also a number of other Irish competitors taking part in the event. “I really enjoy when other Irish drivers can do these events and especially when a lot of us are running the same team, in the same cars. For the Academy to be running a pair of cars again is fantastic and bodes really well for the future. So many people from so many quarters have helped make this year become a reality and I’m forever grateful to them. To round out the year with a good performance would be brilliant for everyone involved.”

Hyundai Motorsport Customer Racing Junior Driver Devine’s rally will begin with a qualifying stage on Thursday afternoon which will decide road order for the weekend and this will be followed by a ceremonial start in Las Palmas that evening. The competitive action will begin on Friday morning with nine stages totalling just under 100km. Saturday, the final day, sees a further 8 stages totalling just over 100km with the leading cars returning to the final time control at 4.30pm. To keep up to date with Callum this week, make sure to follow him on Facebook, Twitter and Instagram.