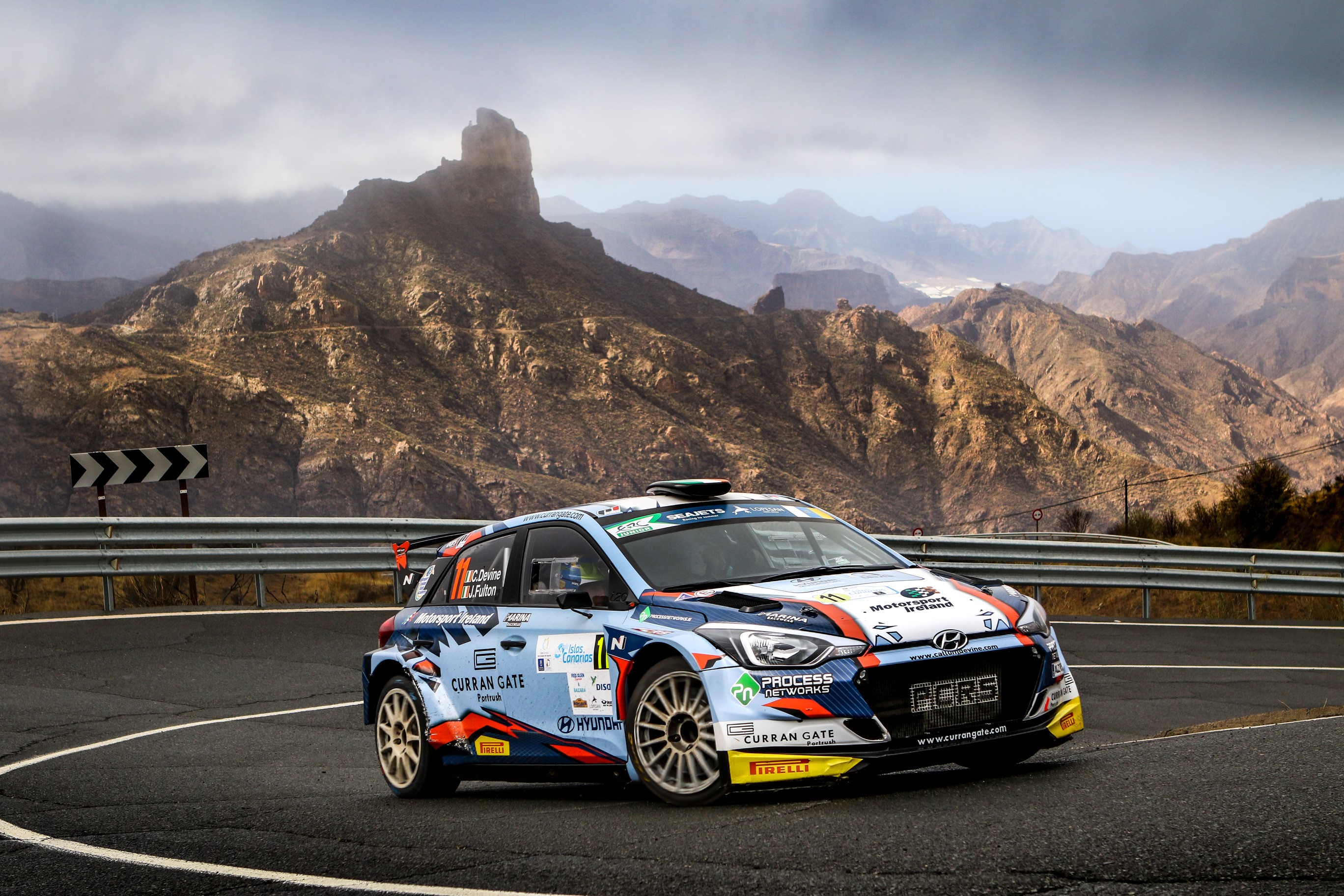 An impressive turn of pace on day two of Rally Islas Canarias saw Callum Devine move up five places to finish eighth overall and third among the ERC1 Junior competitors in his Motorsport Ireland Rally Academy backed Hyundai i20 R5. It marked a positive end to a character building debut European Rally Championship season for the Hyundai Motorsport Customer Racing Junior Driver who retired from the opening rounds of the season in Italy and Latvia.

“I’m delighted we finished the season on a good note” said Devine after the event. “Over the last two events we’ve shown consistent pace at this level against very strong opposition so I have to be happy with that. Rally Islas Canarias was a really enjoyable event with very challenging stages and ever changing weather. It took me a while to gauge the grip levels, especially when we ran on crossed tyres but we showed a lot of progression throughout the event. I really enjoyed battling with Craig Breen on day two, he’s a top class competitor and to be swapping seconds with him on an unfamiliar event was a good feeling. The car felt very strong all weekend and to get an ERC1 Junior podium was a nice reward for our efforts.”

Callum also paid tribute to the team behind him who helped make his ERC campaign a reality. “It takes a huge team effort to compete at this level in a normal year, let alone during a global pandemic. Everyone at the Motorsport Ireland Rally Academy, especially John Coyne and Sean McHugh and all their partners, Pirelli, EARS Motorsport, Marina Racewear and Process Networks deserve huge praise. Hyundai Motorsport Customer Racing and especially PCRS worked so hard to get us to each event and I’m extremely thankful for their support all season, it simply would not have been possible without them. Both my co-drivers this season, Brian and James were brilliant too. There were times, especially early this season, when it wasn’t easy but with everyone working towards a common goal we were able to turn our season around and that bodes well for the future. Obviously we’ll have to sit down and discuss plans for 2021 but I would love another crack at the ERC and build on the progress shown this year.” To keep up to date with Callum until the 2021 season gets underway, make sure to follow him on Facebook, Twitter and Instagram