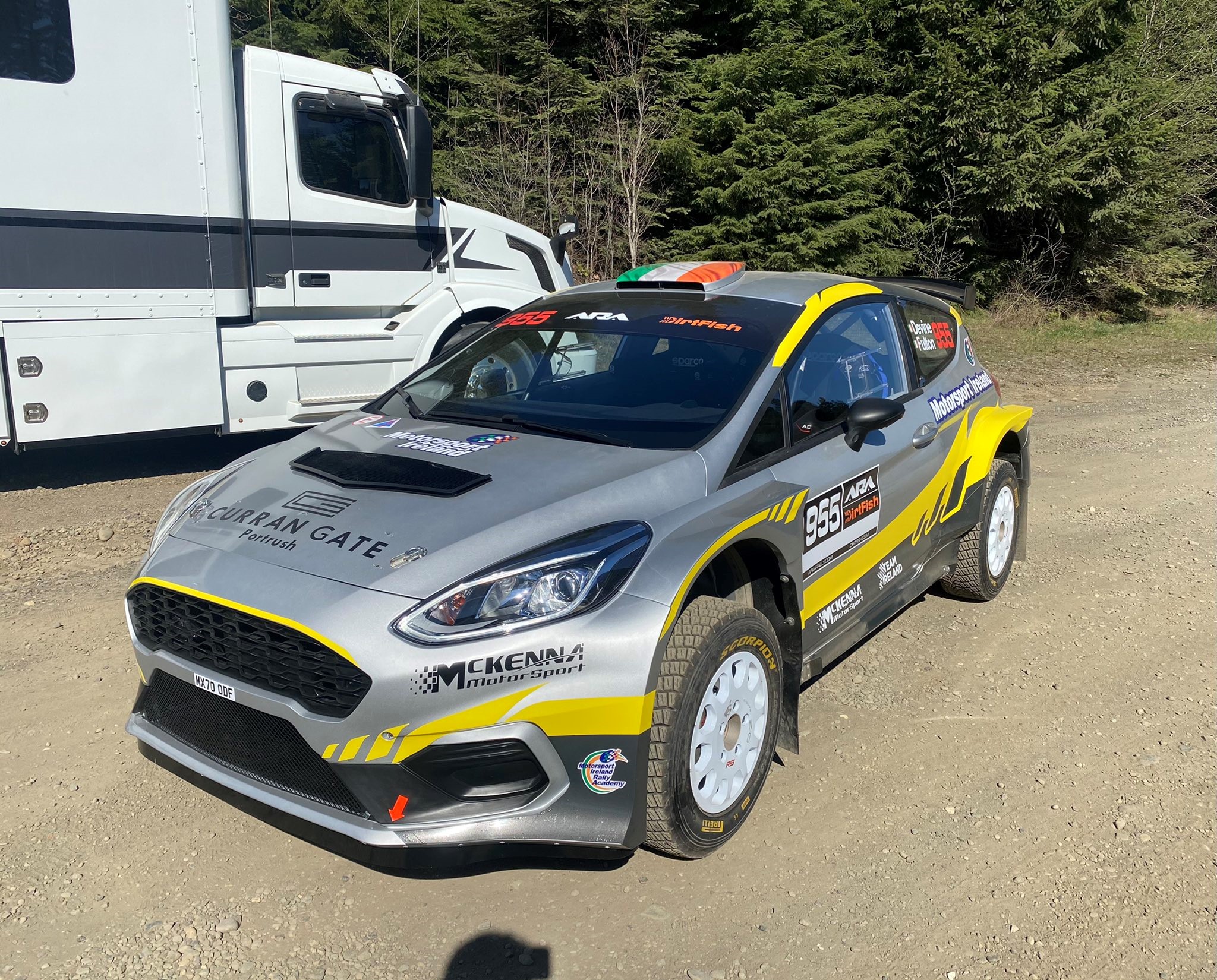 Callum Devine will begin his 2021 season with an all new experience as he heads stateside to tackle the Dirtfish Olympus Rally in Washington State, round 3 of the American Rally Association Championship.

The 225km gravel event was to serve as a warmup for the opening round of the FIA European Rally Championship, Rally Azores, but with the event postponed in the past week Devine will now focus on firing his McKenna Motorsport Ford Fiesta Rally 2 as far up the standings as possible. American rallying has always been well supported by the Irish expat community and Devine is excited to see what he can do against the series regulars.

“I’m really looking forward to this” said Devine ahead of the event. “It is disappointing the Azores was postponed but that just means we can do this event with no pressure which is actually a great way to start the year. We’re using a McKenna Motorsport car for this event which is identical in specification to the one I’ll be driving when the European Championship finally gets underway.”

Devine will be joined by co-driver James Fulton and fellow Motorsport Ireland Rally Academy driver Josh McErlean with McErlean piloting a Hyundai i20 R5 on the event. Their presence on the event was brought about thanks to Motorsport Ireland Rally Academy. Commenting on this Devine said; “The Academy have been instrumental in my development as a driver over the last few seasons so I’m hugely thankful for this opportunity and a new challenge. I’m under no illusions about how competitive it will be especially with the calibre of drivers and cars at the head of the series. I’m very thankful to Barry McKenna of McKenna Motorsport for the use of the car this weekend and I’m looking forward to the battle with the other R5/Rally 2 drivers.”

The 2021 Dirtfish Rally Olympus will consist of 12 stages over 2 days, with the longest stage of the rally clocking in at 31.74km. You can follow event results for the event on American Rally Association website. To keep up to date with Callum during the weekend, make sure to follow him on Facebook, Twitter and Instagram.