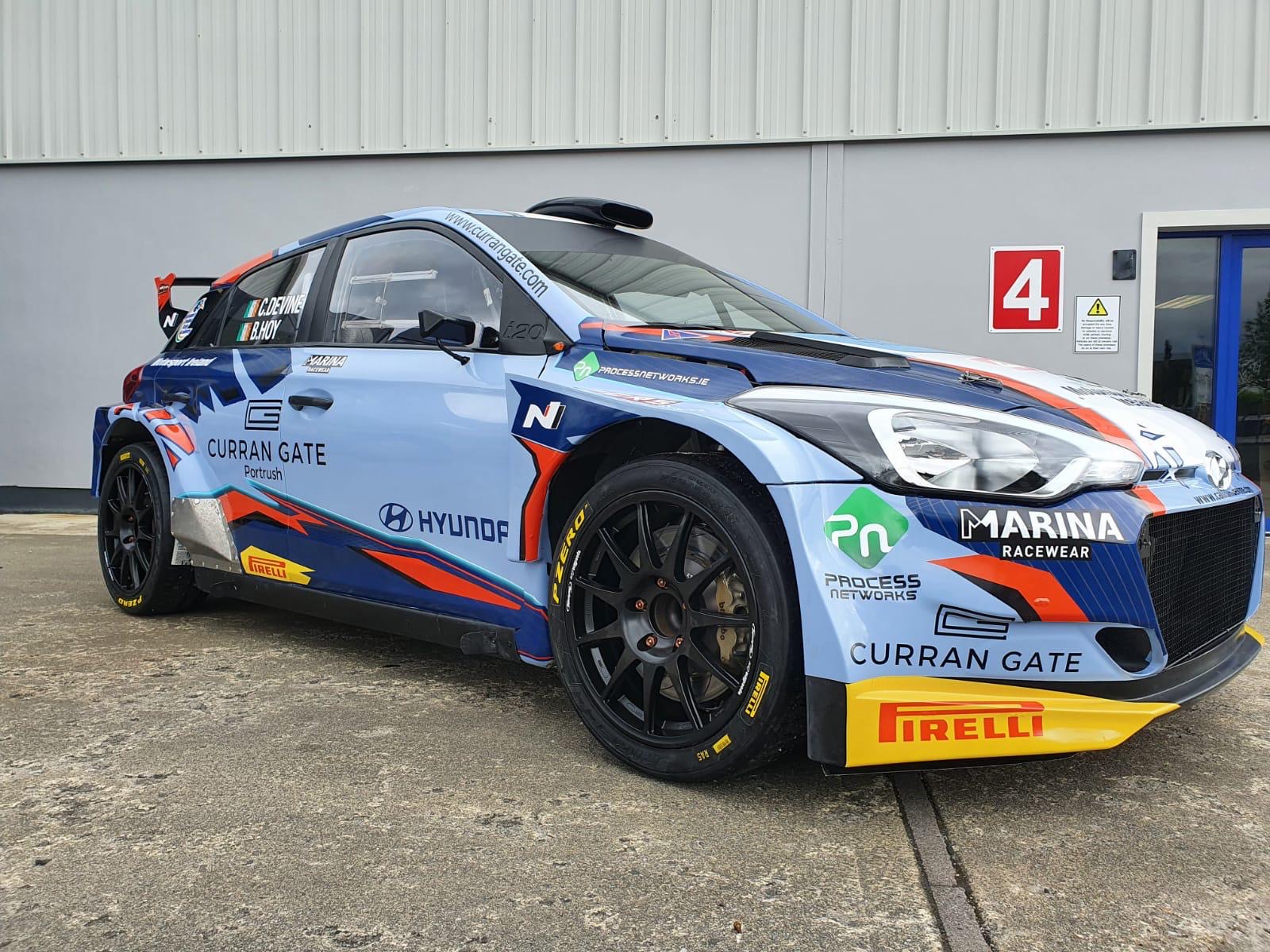 Callum Devine has unveiled the livery of the Hyundai i20 R5 he will use ahead of his assault on the 2020 FIA European Rally Championship. Like many others, the 26 year old Derry driver has had to wait later than planned to get his season underway with events being rescheduled due to the Covid-19 pandemic. Rally di Roma Capitale in Italy will now open the series next week.

Having shaken the establishment on his R5 debut at this level on Rally Hungary last year where he took a podium finish, Devine is determined to show that that result wasn’t a once off. “We’re really looking forward to this event”, said Devine. “Obviously it’s been quite a wait to get out competitively again so little things like getting a test in the car last week and unveiling the livery all add to the build up more than usual. The car looks great and I’m extremely thankful to all our partners. We showed in Hungary last year some of what we are capable of but this will be a very different challenge with a very strong entry. With a curtailed championship too it means more than ever we’ll have to on it from the word go.”

Devine’s involvement with the Motorsport Ireland Rally Academy and Hyundai’s Junior Driver programs has kept him busy over the last number of months as the start of the season was delayed. “Being involved in those initiatives has been a great help at keeping focused over the last while and will hopefully stand to me when we cross the start line”, Callum said. “At this level it can be those small things that make the difference. Hyundai have also carried out a lot of development on the i20 R5 too and that will be great, not just for me, but for the competitiveness of the championship.”

Callum as usual, will be partnered by Brian Hoy and the Hyundai will be run by Irish rally preparation firm, PCRS. The all Irish team will also be entered officially under the Motorsport Ireland Rally Academy banner making them eligible to score points in the ERC Teams Championship too. However, it’s another championship that Callum is eyeing up. “The ERC1 Junior Championship is undoubtedly our focus this season because of the prize fund on offer, there aren’t many prizes like that in rallying.”

Rally di Roma Capitale will begin on Friday July 24th with pre-event practice and shakdown before the event properly gets underway on Saturday which will see Callum and Brian tackle 6 stages before a further 9 stages on Sunday conclude the event. The competitive mileage of the event will come in at just under 200km which and the event is operating a very strict Covid-19 policy, with restrictions on spectators as well as all registered personnel.