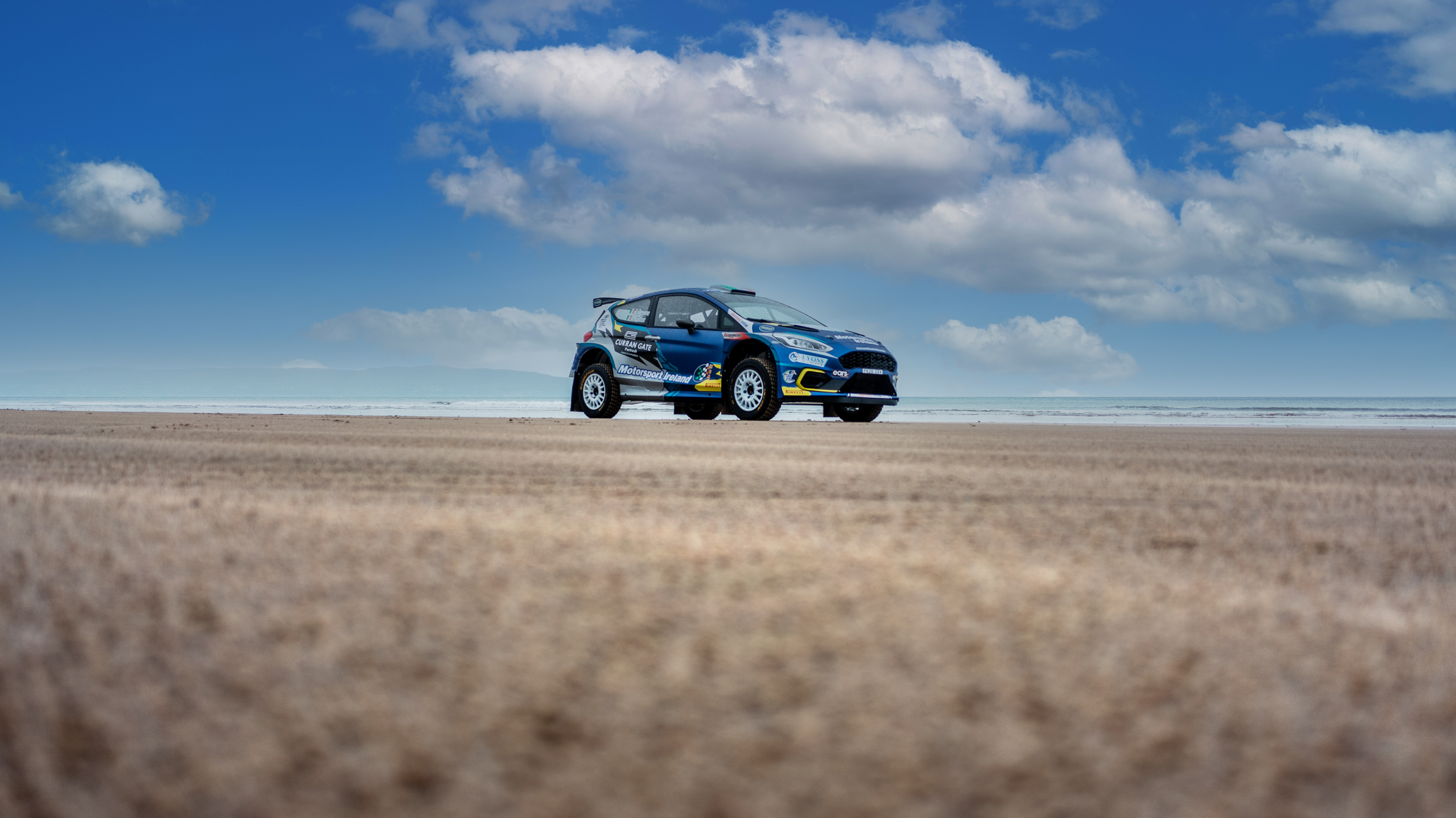 Reigning Motorsport Ireland International Driver of the Year Callum Devine has unveiled his new livery ahead of his 2021 European Rally Championship (ERC) campaign which will begin next month on Rally Poland.

The Ford Fiesta Rally2 mounted driver is looking forward to a return to the ERC series where he has produced a number of eye catching drives since he took a debut podium on Rally Hungary in 2019. “I can’t wait to get my ERC season up and running” said Devine. We’ve got some testing under our belt in the new car and it feels really good, but there’s nothing better than actual competition to see where you’re at. Rally Poland will be a new event to me as it didn’t run last year so we are going to do Rally Žemaitija in Lithuania as a warm up beforehand to get up to speed. Last year’s ERC campaign didn’t get off to a good start but we finished well and I’m hoping to take that momentum into 2021. It takes a lot of backing to mount a challenge at this level and I’m delighted to welcome some new partners on board this season including Parts For Cars, Lyons of Limerick, Rentokil Initial, Trailerstuff.ie and Fire Protection Ireland. Without them and existing backers like Curran Gate, Pirelli, TST Transport, EARS Motorsport, Marina Racewear and the Motorsport Ireland Rally Academy, this season just wouldn’t be possible.”

The move to a Ford will see Callum return to a brand he’s rallied with before and M-Sport will be keeping a watchful eye on Callum’s progress this season.

M-Sport Managing Director, Malcolm Wilson OBE, said: “The European Rally Championship has long been a proving ground for young talent looking to make their mark on the world stage, and it’s great to see another young driver choosing to take this route with the Fiesta. We’ve been aware of Callum for a number of years now following strong performances with the Fiesta R2 in Junior WRC and Fiesta R5 in Ireland. He’s got talent, and I’m keen to see what he can do as he tackles some of Europe’s most famous events with the Fiesta Rally2.”

M-Sport Ford Team Principal, Richard Millener, said: “It’s great to see Callum back behind the wheel of the Fiesta and I’m looking forward to seeing what he can do this year. He had a great season with the Fiesta in 2019, finishing third overall in the Irish Tarmac Championship and securing his first victory in Donegal – and we’re all keen to see him carry those performances onto the European stage. He’s already completed one year at this level, and now that he’s reunited with the Fiesta we want to help him take that next step. He’s got the initial experience under his belt, and we will give him as much support as we can to allow him to excel. The competition will be strong, but Callum is a very determined and talented young driver with the potential to surprise a few people this year!”

Motorsport Ireland Rally Academy driver Devine will be joined for his ERC adventure by co-driver James Fulton and the Championship will consist of 8 rounds taking place in Poland, Latvia, Italy, the Czech Republic, the Azores, Portugal, Hungary and Gran Canarias. To keep up to date with Callum during the season, make sure to follow him on Facebook, Twitter and Instagram.

More pictures of Callum’s new livery are available in the gallery below!